The crew headed to New Jersey yesterday to do some scouting and get some b-roll, so this morning I’m driving alone. I have six hours to make it to the Jersey shore for a 1:00 p.m. call time. I know the route by heart but I still plug in the GPS just to count down the miles and see if I can beat the little machine’s estimated time of arrival.

It’s not hard to pass the time. An hour of silence is nice then the morning news on the radio and by 9 a.m. I’m on the phone with my dad. I want to get the history straight. Our family has been vacationing on the Jersey shore and in particular Long Beach Island since long before I was born. LBI, as everyone calls it, is a barrier island about 18 miles long connected to the mainland by a single bridge. To the east of the island is the Atlantic Ocean while Barnegat Bay is just a few blocks to the west. For many people, the O’Connors included, LBI is paradise.

My dad’s been coming to the Jersey shore since he was a kid in the ’50s. He has great stories of being a teenager and piling into a borrowed car with his high school buddies to drive to the beach in Lavallette. They would rent a room from a friend’s aunt who charged them “two bucks a bed – per guy, per night.” The room was in a basement and because full moon high tides would sometimes flood the cellar the boys knew to put their shoes up on a chair before falling asleep.

But my family started coming to LBI long before my dad’s teenage adventures. As a little girl my grandmother would take a train from Pittsburgh to LBI so the clean, salt air could help her asthma. Back in those days the island was mostly uninhabited, a hunting preserve I think, with just a few hotels and a train that ran down the middle of the island. My grandmother is now 98 years old and doesn’t make the trip anymore. But the tradition she started almost a hundred years ago carries on, and we’re all grateful for it.

My current drive will take me to about 30 miles north of LBI to Point Pleasant, the location of our first rebuilding location. I’ve only shaved off three minutes from the GPS’s ETA so it’s time to hit the gas. 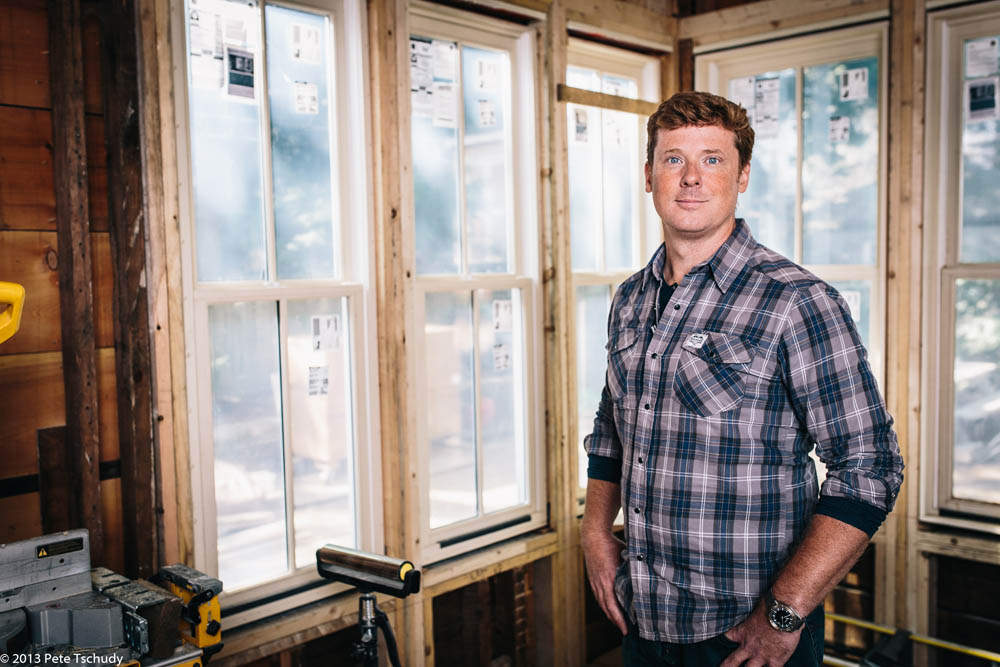