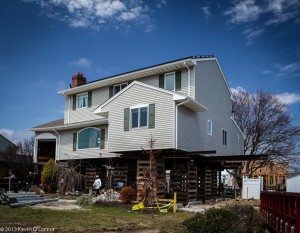 All three of our Jersey homes took on water, so all three of the homes need to go up. How far up and how we get them there will be different for each house but at the end of the day – up they will all go.

The lift of the Santos home in Point Pleasant is probably the most typical. The home is fairly new (built in the ’80s) and has a strong foundation and structure so it gets lifted at the sill. The crew punches holes through the block foundation wall and slides steel beams under the sill until the entire house is sitting on steel instead of concrete; then we lift.

The Bayhead home is much older and has a weak foundation and rotted sill so picking it up from the bottom would be nothing but trouble. Instead, the crew punches into the first floor walls and slides steel beams under the second floor joist system. The house is lifted entirely off the foundation, leaving the sill behind and plenty of room for the carpenters to start restructuring the house from underneath, as if they were mechanics working on an old Chevy. I’ve seen houses lifted before but never like this.

And in Manasquan, the original home has to come down – “razing” of a whole different sort. Our homeowner, Rita Gurry, decided to build new using modular construction. So on this morning a flatbed truck arrives at the job jobsite but instead of carrying steel beams to lift the home it carries an excavator. Rita looks on and by 9 a.m. the excavator’s claw makes its first grab at the house. It’s emotional, seeing Rita tear up as our Richard Trethewey reaches his arm around her shoulder. Rita tells me it felt like someone kicked her in the chest when she first saw the claw attack her house. And as that claw tears through her late mother’s bedroom, well, Rita gets choked up and can barely express what she’s feeling.

Within four hours Rita’s house is down. Tomorrow the pile will be carried away and the rebuilding of all three of our houses begins. 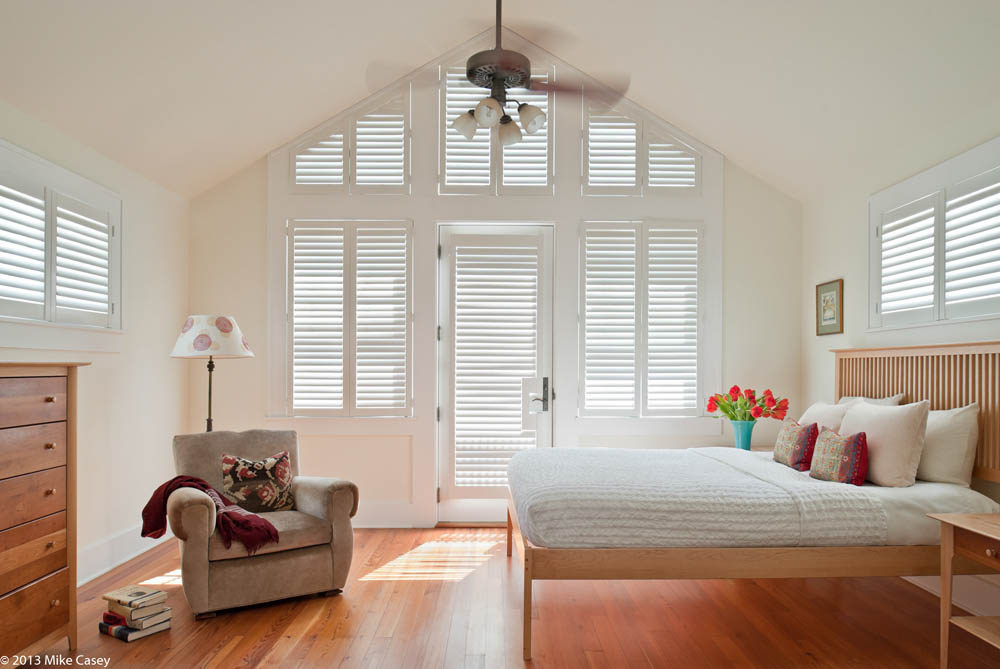