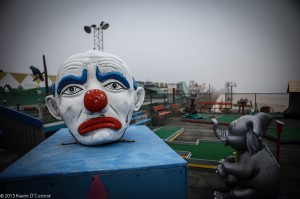 On parts of the Jersey Shore people actually own the beach. Neighborhood associations can sell badges to visitors, limit parking near the beach, and even ask people to get off their sand if the person is above the mean high tide line.

This is a foreign concept to me, even after spending every year of my life visiting Long Beach Island on the Jersey Shore. Yes, we have to buy beach badges but in my township those fees simply support beach grooming and the lifeguards. So I was surprised when I spoke to two brothers, let’s call them Josh and Eric, who told me they not only owned their homes on the beach but the sand in front of them as well.

Ownership has its privileges but it also comes with responsibilities. And Josh and Eric, whose family has owned their beach house for five generations, take those responsibilities seriously. They tend their section of beach carefully, and they know the dune that sits in front of their house helps to protect their family home. So each winter after Christmas the brothers pile old Christmas trees onto their dune. The dried-out branches do a good job protecting the sand from the winter winds, and the decaying trees do a good job feeding the dune grasses, which in turn help to hold the sand in place. Josh and Eric have done this every year for a decade or more and have been rewarded with a grassy dune. When Sandy struck that dune protected their house from any damage, and remarkably, when I saw the dune six months later it was smaller but still covered with grass.

Even more remarkable was that the dune in front of the house right next door was barren. Turns out the neighbor wanted a volleyball court so some time ago he poured gasoline onto the dune grass, and ever since then nothing has grown. And when Sandy hit, well, instead of providing protection that dune mostly disappeared and the house suffered damage.